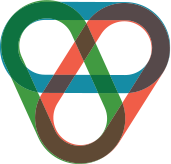 In 2015, we were introduced to Steve Phillips by our sister churches, Christ Church and Grace Alameda. Steve is a church planter and mobilizer in Barcelona, Spain, and his heart is to see the gospel go forth in the Barcelona area, where a less than 1% of Christians exist.

Serge’s website provides a brief history of its founding:

Serge (formerly World Harvest Mission) was organized under the leadership of Dr. Jack Miller, a pastor, evangelist and author. In the late 1970s, the missions-outreach of the congregation he founded and pastored, New Life Presbyterian Church, was spreading beyond that local body.

Other church leaders gathered with Dr. Miller to work together in wider ministry. After many informal missions trips to Ireland and Uganda, Serge was officially established in 1983.

Bob Osborne was appointed as executive director of the mission in June of 2005. Today, Serge has over 220 missionaries serving in 16 countries.

In 2014, after prayerful and strategic consideration, World Harvest Mission was renamed Serge.

Serge is a nondenominational foreign mission agency, founded in the reformed tradition. As a faith mission, Serge receives no assurance of funds from any source.

The name Jack Miller is familiar to some at Wellspring. It was Jack Miller’s teaching on the gospel, and later though the Sonship and Gospel Transformation curriculum, that was foundational for Wellspring’s emphasis on gospel centrality.